Matthew has been ill since he was 10months old. Matthew has had numerous blood transfusions, platelets transfusions and operations. Matthew has rare blood condition in the course of treatment his kidneys were damaged. He had a bad reaction in June 2010 and ended up on life support. After 2 days he was brought round and started dialysis. He was then in end stage renal failure. Matthew came home in August with a dialysis machine and had dialysis 5 nights a week. Matthew started school in September and every day he did his best at school. He also attend football training at the weekend. Matthew had dialysis for 2 years until he had an infection and they took out the line. He was then able to manage without dialysis. During this time Matthew still went to Dublin every 2 weeks for his treatment of the HUS. After 5 years Matthew got his kidney transplant in August 2016. He set a new record and was home on day 9 after transplant. The first year was tough with a few infections but he was great and battled through it. He was still travelling every 2 weeks to Dublin. Matthew has been back to football and plays for Robert Emmett. He also took part in his first musical in Sept 2018 and loves attending drama classes every week. 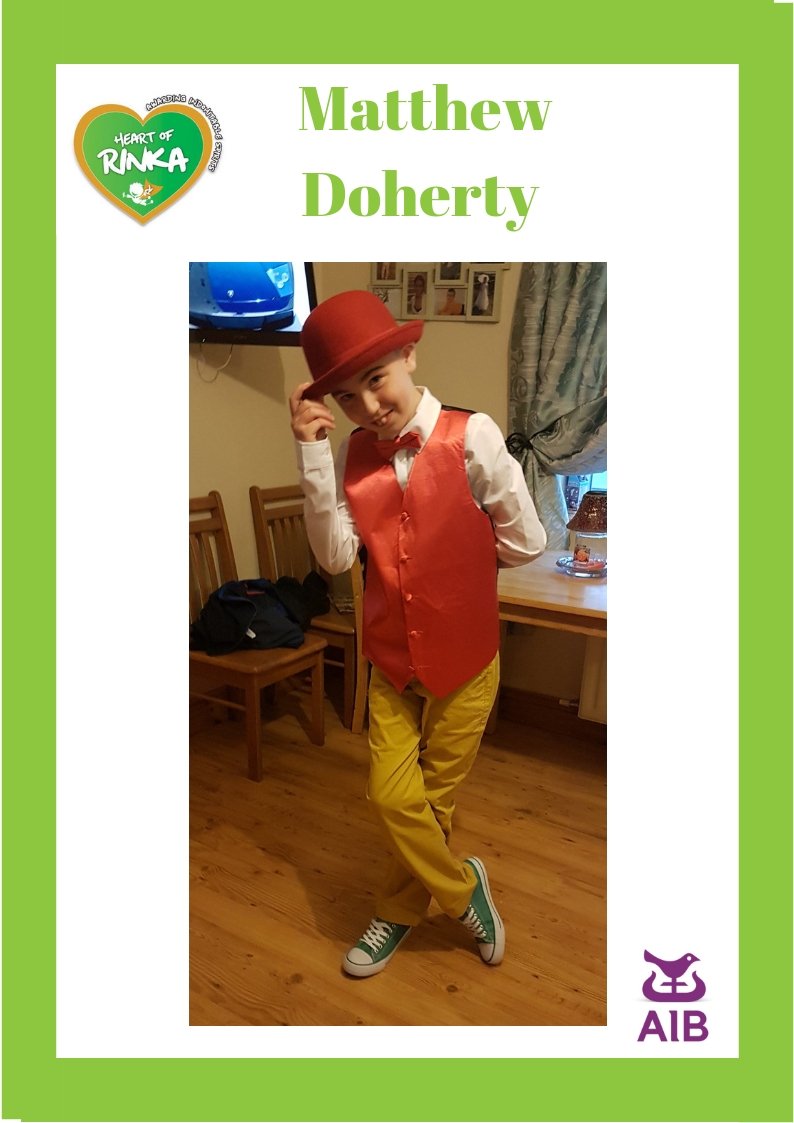