Aoibhinn was diagnosed with acute lymphoblastic leukaemia when she was just 18 months old she endured over two years of harsh treatment and various chemotherapy. As a family we were devastated by the news but out ray of light gave us all hope to carry on one year into treatment she contracted sepsis and was transferred by ambulance to crumlin it was a very scary experience for aoibhinn as there was a chance she wasn’t going to make it due to her immune system being so low. Our little fighter carried on and braved yet another illness on top of the initial cancer battle when dignity and immense courage. She defied all the odds and has finished treatment for leaukemia last month. On top of this she has managed life at playschool and supports her twin sister and younger sister who have both been diagnosed with autistic spectrum disorder. She took a seizure two weeks ago and now is due for an EEG to determine if she is now epileptic. She’s never seems to get much of a clear break from illness but battles on with a beaming smile and has won the hearts of all the nurses and doctors she’s come into contact with. As her mother I should be her hero but that is not the case, she is mine! She is our beautiful warrior princess and deserves to be recognised for all the joy she brings her family, teachers and medical team. 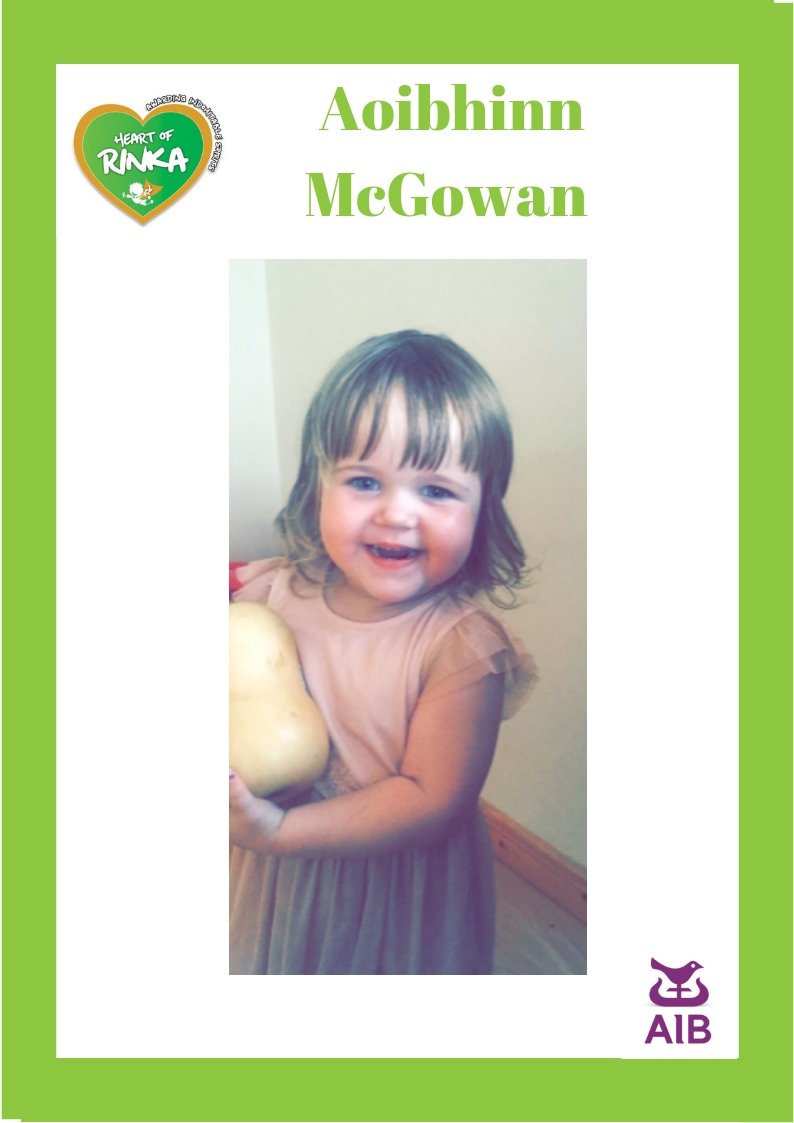